‘If each person solves the small problems over which they have control, then the larger problems will disappear’. (Confucius 551-478 BC)

Smart Shelter Consultancy bridges the gap between theoretical knowledge and practical experience. Students will witness the direct results of their ideas and decisions.

Our workshops and design studios are a challenging mix of lectures, research, design, teamwork, experiments, and hands-on assignments. They take place online or at your university.

As we need to use less carbon-intensive materials to fight the environmental crisis, we focus on alternative and traditional construction methods, natural materials, reuse of materials, Nature Based Solutions (NBS) in combination with cultural and socio-economic differences in a particular context.

We bring unconventional design concepts such as social design, post-disaster reconstruction, and the translation of traditional techniques into modern architecture.

The Smart Shelter philosophy is unique and can last from one day to an entire semester.

Smart Shelter Concepts.
In 2005 the Smart Shelter Concept was started. It now consists of three divisions that focus on finding durable and alternative construction solutions for the developing and post-disaster context, as well as for modern architectural applications.

Martijn is an architect and building engineer from the Netherlands with a passion for alternative materials and experimental building.

During his travels through Asia he was shocked by the harsh conditions in which so many people have to live. He started to dedicate his expertise and time to people across the globe, who are in need of better housing and improved living conditions. Since 2005 he founded three Smart Shelter divisions and researched, designed and built numerous projects in Sri Lanka, India, Nepal and Indonesia.

Martijn specializes in construction techniques using natural and alternative materials and has developed a keen interest in low-tech earthquake-resistant principles. His activities are multidisciplinary, as he is simultaneously an architect, engineer, estimator, professor, trainer, supervisor, and mason, all at the same time. Over the years, he gained a lot of grassroots experience and practical knowledge that he now passes on to students and professionals around the world.

Since 2021, Martijn holds a Ph.D. on the subject: Global seismic assessment of rubble stone buildings.

Tessa van Weelie, coordinator.
Tessa joined Smart Shelter in 2007 and has since worked on all projects in Smart Shelter’s various departments. With a strong background in coordination and planning, she supports the overall organisation and is very good at actually getting things done. She’s a good communicator with endless enthusiasm.

‘Martijn is an excellent practitioner and teacher. His depth of knowledge, his passion, his persistence, and his pragmatism is of high value; and has inspired our students to extend their reach.’
– Merritt Bucholz, Head School of Architecture, University of Limerick –

‘It was a great eye opener working with Martijn… his energy and enthusiasm, both of which are infective… Martijn is extremely dedicated on the path he has chosen.’
– Chitra Vishwanath, Managing Director at BIOME Environmental Solutions, India –

‘Through these subjects I learned a lot of knowledge about how to protect the environment, to take full advantage of objects and instruments to reuse them in other jobs, how to add the traditional materials from ancient history to use for architecture. This will make me have more knowledge for future design of other buildings. Thank you instructor for the past month!
– Phan Ly Hung, student at Hanoi Architectural University, 2015 –

‘I really like this workshop! It is completely different from the things I have done till now. Every minute we have to find a solution in many different things. I’m sick of using computers, so for me that point was perfect! We meet new people, we collaborate with them and the results were pretty cool!’
– Alexandra Sonidou, participant ECOWEEK 2015 –

‘It’s my best workshop ever. In 3 weeks, we learned many things about material, cultural and waste that I never thought before. The best thing I like, it’s the way we was taught to think. It’s so creative, exciting and open. Class is where our ideas was never dismissed. Everything is not a dream, everything is possible. I’m interested in green design, so all I learned, I think I can use it for my future design to make my own special projects.’
– Truong Hoai Anh, student at Hanoi Architectural University, 2015 –

‘It very much inspired me and motivated me in the whole waste-recycling theme, which honestly has a lot to do with the profession of architecture and building and I think it will help me in the future to be much more careful with my decisions. I also strongly believe that I took a lot from you as a person and with all that experience you have from building all over the world and especially in countries out of the western way of thinking. It was very awakening for me, since I would really like to travel in such countries.’
– Joanna Moysidou, participant ECOWEEK 2015 – 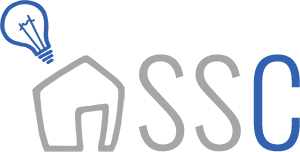